'Clan' Gunn
Thomas Sinclair ‘History of the Clan Gunn’ Supplement, Eighth Instalment 20.1.1903 (more on Clan Gunn Chief claims and history, a lot of USA interest...)
There are a few ‘possibilities’ raised in the comments here as I try and think though the implications of this Supplement..

As usual I am providing a list of the key people and issues (in order of the article) in this Gunn Supplement so readers can work out if they need to work on these images; an Index of some sort always helps.

Image size changed and it works, I'll redo the others when I get a moment...

Review
This article is basically in two parts--

Firstly it continues discussion of Chief Hector Gunn and Chief Lieutenant George Gunn and states that the ‘Chiefship’ went to the nearest relative John Gunn Carriside (?), of the Braehour family, who died at Durness in 1886 leaving his eldest son Alexander Chief. It has useful discussion of the characters of these people. (Note, I descend through the Braehour line, so I might be prejudiced.)

Then the article drifts into a discussion of the clearances and consequent emigration to Canada, with the underpinning idea that basically sheer survival meant that who was Chief became unimportant.

Rough Chief family tree
The Gunn Chief tree goes like this, as far as I understand it and I may well be wrong...  And see additions / alterations which I should add from my 1868 / 1870 trees...


I entered the George Gunn of Rhives line into ‘ancestry.co’ to see what it would find as a possibility (if anything). And, as usual it provides some interesting suggestions; 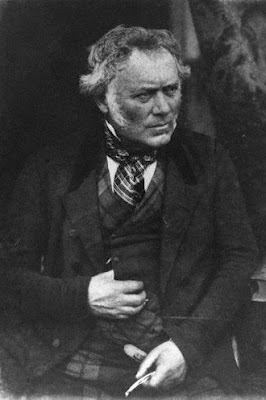 Lt. George Gunn of Rhives
Lt. George Gunn 1787-1859 and Margaret MacDonald had six children. The oldest child was Christina M. Gunn. Now, given that the Gunn line can inherit through the female line in some circumstances, this is potentially a very major cadet line (the American interest!)...


Anyway, the overall point to all the above is quite simple, whether or not one views the Gunn of Rhives line as authentic chiefs in the past (and, as said before, no Clan Gunn chiefs have ever been accepted by Lord Lyon), descendants from them would certainly be very serious contenders for the most senior cadet line if the Family Convention idea goes ahead. Given the amount of people it would be ludicrous to think that all lines would be extinct. Of course, it would be fair enough for them not know the importance of who they are...