Cattaig / Cataich Gunn Family tree (from John, perhaps 3rd son of Gun Crowner)
I have been offered this family tree to use and am pleased to add it to the site; I can not vouch for its accuracy. I have removed modern names and dates for obvious reasons. 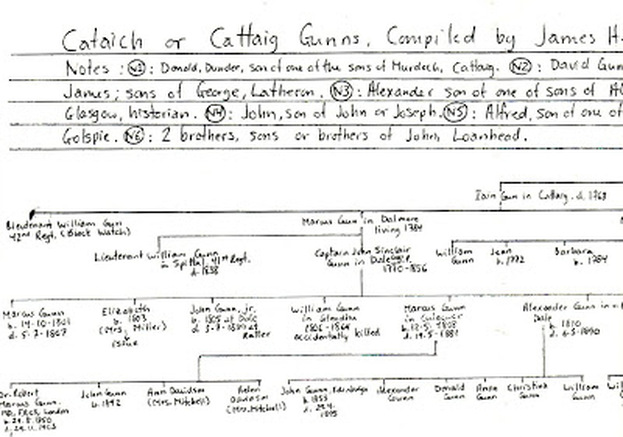 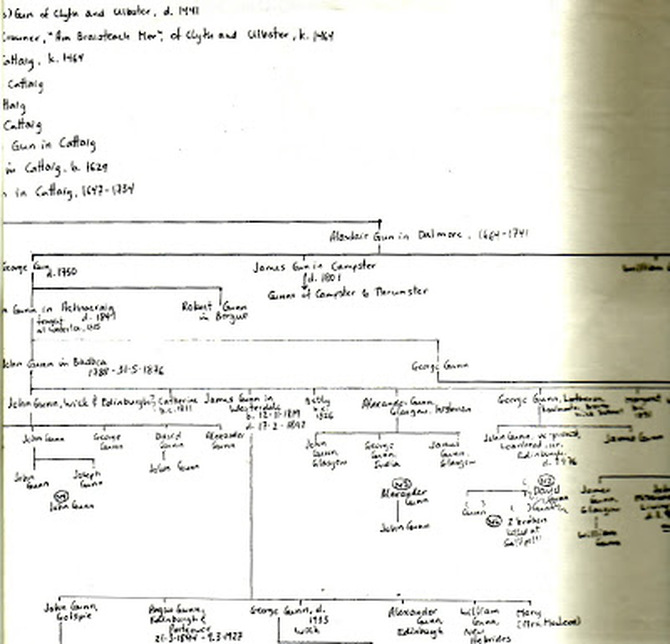 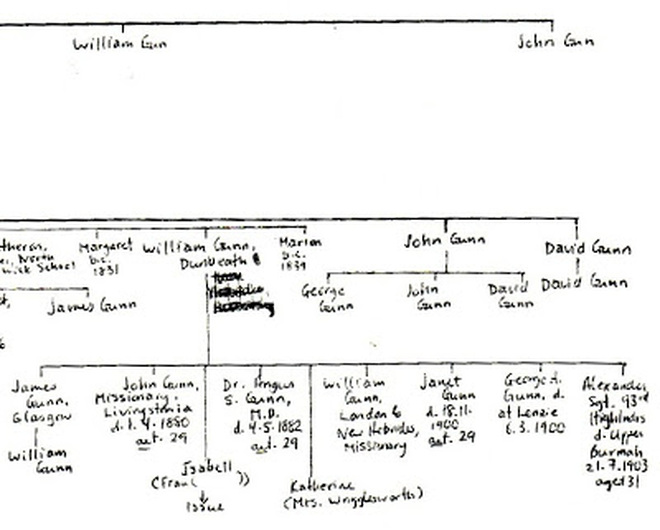