The issue here is simple. It is not impossible that Gunns of Corrish exist and could have a sensible claim to be 'Chief' of the Clan Gunn. The issues have not been checked in a court of law. 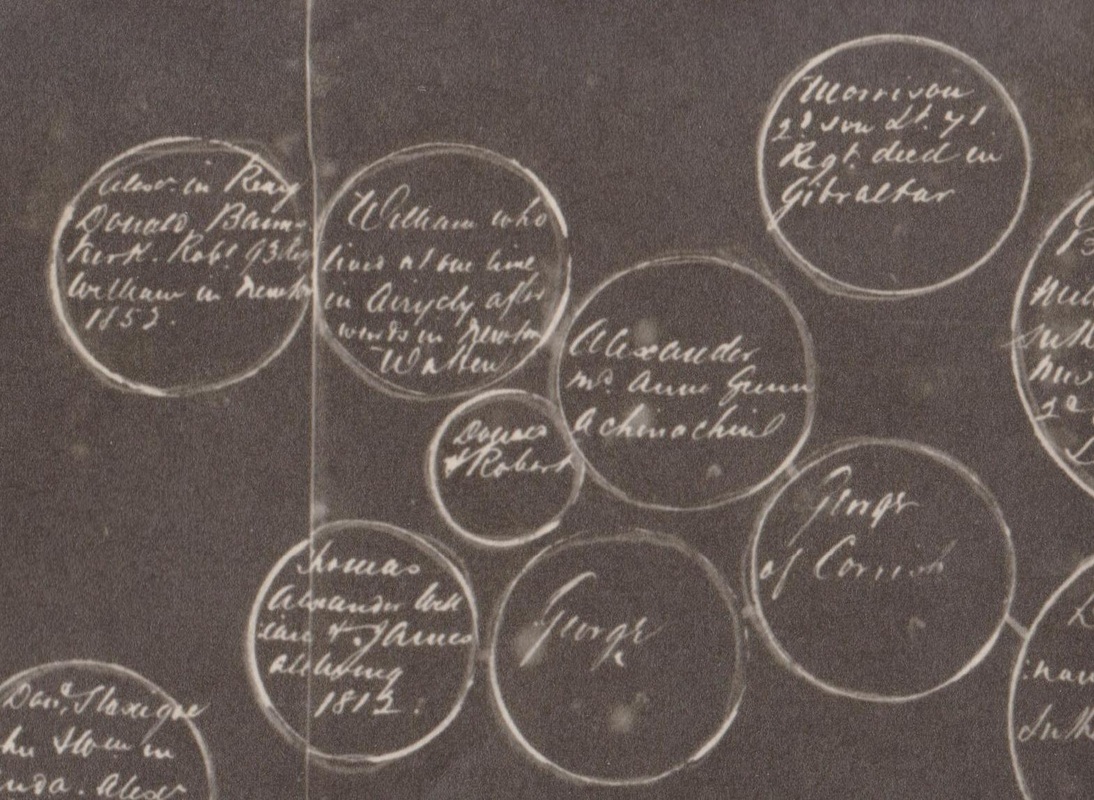 First, to explain. I have an old family tree in my possession. Well, in fact I have one tree twice; one seems to be a 1868 and the other seems to be 1870.  But these trees were not handed down my family since the year dot. My father saw them at a Genealogical Society of Victoria exhibition in the mid (possibly late) 1960s and organised to get proper photographs done of them. They have had  very little relevance to my family so I am only now starting to look closely at them.

Now I know the arguments that the George Gunn of Corrish line basically did not exist, not least because I have just re-read Sinclair and Mark Rugg Gunn on the issue. But the above says (you may not be able to see the little lines which show how the circles are related). I note Mark Rugg Gunn, page 269 for an alternative. Was the Corrish line unfairly excluded by the first Clan Gunn society? This point is covered elsewhere on this site.

1. George of Corrish
2. Had sons George and Alexander
3. George has sons Thomas, Alexander, William + James all living 1812
4. Alexander (as in point 2 Alexander) marries Ann Gunn Achinachiul (?)
5. They have sons Donald and Robert.
6. They have another son (he's in the separate circle) William who lived at one time at Airycly ( I think that is now Arichline) afterwards in Newton Watten.
7. William has sons; Alexander in Reay, Donald in Banniskirk, Robert 93 Regiment, William in Newton 1852.

The top circle is about 'Chief'  Morrison and not relevant to this discussion... 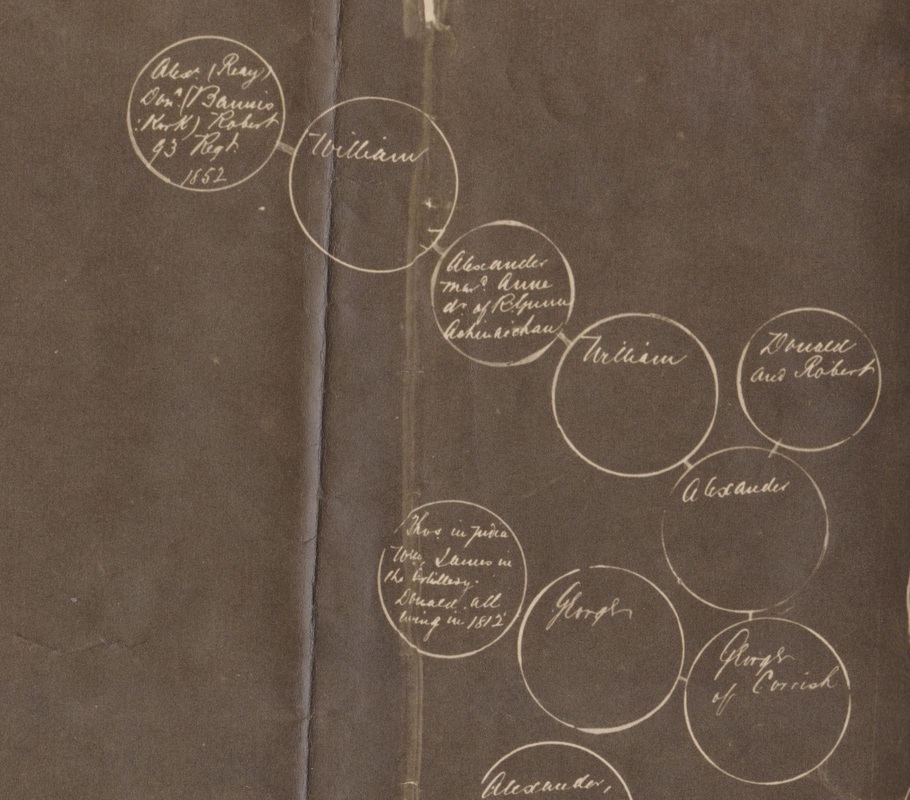 And from the other family tree note the addition, mid circle near the bottom

Now, amazingly, this has a lot of interesting matches with http://www.melville-connections.co.uk/webpages/gunn.htm One notes Mark Rugg Gunn's page 3 'William C. Gunn of Spittal and Mr Robert J. Gunn of Toronto, both descendants of the Corrish branch of the Gunns.'

Now, if the Corrish lot exist perhaps they couldn't claim Chief in the old days as they may have been illegitimate, but then again were they?

From the Appendix in Sinclair p. 146, which uses this document (see next post); 'George settled in Corrish, and his two sons Alexander and George were tenants in Kildonan parish.  Alexander had William, Donald and Robert (all living in 1812); and the other son George, has Thomas Gunn, whow ent to India, Alexander, William and James.'

The earliest generations identified are all Gunns with the wives stated as having Gunn maiden surnames. Alexander Gunn, in Kildonan, and his wife Ann Gunn had a son William born at Corrish. The Rev. Alexander Gunn's history also indicates he had sons Donald and Robert. I have been unable to confirm this but naming traditions would suggest that this assertion is likely. The above William married Helen Gunn whose parents were Alexander Gunn and Catherine Gunn. ..

and it then proceeds with the generations which follow right through to the present time. This is linked to the previous Melville lines...

George Corrish had
Powered by