'Clan' Gunn
Thomas Sinclair, Gunn Supplement five; 30.12.1902. Concerning Gunn 'Chief' claims, especially Gunn Corrish
Now this Supplement five gets to real issues concerning Clan Gunn Chief claimants. The article also provides some ideas and names which people can use to check Gunn  family histories. Compare it with the earlier 1868 and 1870 Clan Gunn family Chief tree entries, as I recognise many of the names are also there.

Key names, places and issues are (I'm putting these in to help people find out which Supplements may apply to them) -

·        Hector Gunn, Thurso
·        Corrish claim to be Gunn Chief (various points made ...) See 1868 / 1870 trees
·        Corrish brothers, Adam William Alexander (or are they ‘fakes’?)
·        Supporters of the Corrish claim include Angus in Tacher, David Catechist Halkirk, Donald in Reay, William in Badinsog.  ‘David’s wife from Achanakin (Achanaichan / Achaneccan )
remembered Alister Mhor the chief and his two sons ...' supporting the Corrish claim...
·        Captain Alexander Gunn
·        Braehour parchments and papers
·        Genealogical tree by Rev. Alexander Gunn
·        Rev. Alexander Sage MS ‘forged and malicious’
·        Mackay’s ‘History of the House and Clan of Mackay’; ‘Janet, daughter of Robert Mackay, and sister to Captain Robert Mackay in Clibrig, married Hector Gunn, chief of the Clan Gunn, who was father of George, the present Chieftain’...
·        Lieutenant George Gunn R.N.
·        Sheriff Brodie Gunn Chief inquisition 31 May 1803
·        Alexander M’Hamish of Navidale and Killearnan
·        Duchess Countess of Sutherland’s desire to know the Chief of the Gunns...
·        John Gunn Hastigrow (note the earlier 1868/1870 tree on this line...). Interesting argument about whether they are, or are not, a Chief line; my trees certainly say not.
·        Assynt / Dunrobin
·        Braemore descent
·        Alexander Gunn of Durness (Hendersons)
·        Gunn of Braehour claims (‘Alexander Gunn of Durness is the grandson of Donald Gunn late in Braehour. Donald was the fourth son of John Dalnaha. George Gunn, Cramand Bridge by Edinburgh, and Angus and  John Gunn both in Queensland, Australia, are the grandsons of George Gunn, Braehour, third son of John, Dalnaha, who was the third son of of Alexander, Dalnaganachan. Angus, Backlass, was the second son of Alexander Dalnaganachan, George Dalnaglatton, was the eldest son of Alexander Dalnaganachan, who was a son of Alexander Forsinain... He is ... son of Heney Forsinain (see earlier post on Henry, son of the Crowner)... Donald, Rogart, was the great-grandson of George Dalnagalatton, eldest son of Alexander Dalnaganachan ... The second Alexander, Dalnaganacahan, has a tombstone in his memory erected to his memory in the cemetery of Dirlot in the year 1765... 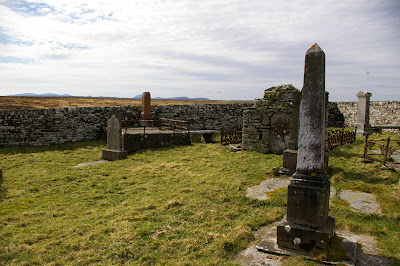