'Clan' Gunn
The role of the Coroner / Crowner in Scottish History (Part two); Thomas Sinclair,’ Gunn History Supplement Part 29’, 30 June 1903
REVIEW
In essence this is just a detailed review of the incredible power a Coroner / Crowner may have had had. It’s of relevance in a general way as Gunn Crowner (s) are important in Gunn history, but the discussion is a broad sweep and not particularly directed at the Gunns.


KEY EVENTS / PEOPLE / PLACES / PHRASES
·        Coroner Sir George Gunn of Ulbster gained justly or unjustly the undying hatred of the Keiths... (by doing his legal job)... Possibly the abduction of Helen Gunn from Braemore to Ackergill castle... more legal stuff about the role of the Coroner... Coroner Gunn slayed by the Keiths 1464 / 1478... Coroner’s  chief business was to produce the accused, whom he had  arrested,  before the courts for trial... King James 11...lots of statutes...discussion of judge’s role... Queen Mary... 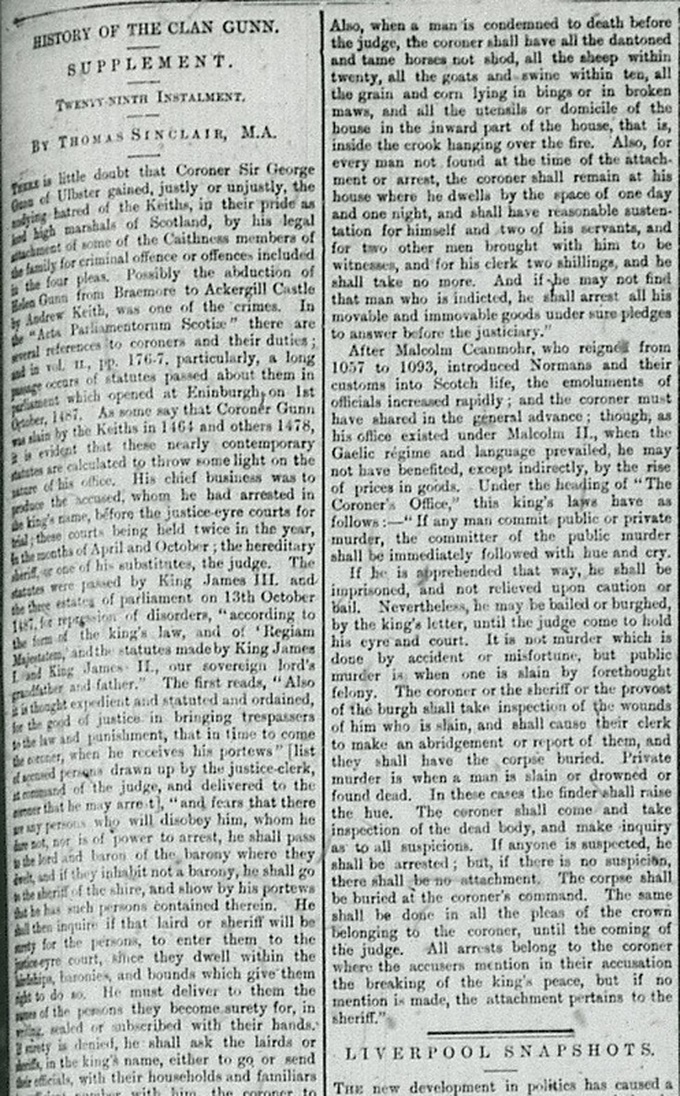