Gunns of Watten / Hastigrow ; more from Robert Gunn
The following is from the 1868 / 1870 family trees of Aeneas Gunn of Edinburgh.  It needs to be compared with page 271 of Mark Rugg Gunn. As has been discussed elsewhere, at least some descendants of Robert Gunn were viewed as chief / chieftain of the Clan Gunn in Caithness.

Note that this family tree belongs with the material discussed in the ‘Appendix’ of Thomas Sinclair’s The Gunns.  Why? When discussing the history and genealogy of that ‘Appendix’, Sinclair points out it is ‘indebted to a MS. History of the clan by Rev. Alex Sage, Kildonan, lent by Rev. Alex Gunn, Watten.’  (Pages 146-147).  The Aeneas Gunn tree is therefore based on material at least seriously perused by a person on this tree. 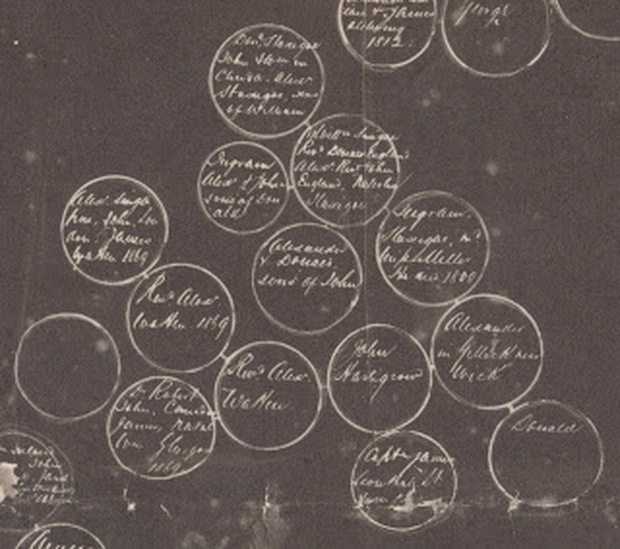 The later tree, starting in the bottom right corner...

The line goes (and I have combined information from both images)--

Now, as said, the main point for entering this material is that it supports that this overall tree is based on the papers of the Rev. Sage, and lent by the Rev. Alex Gunn of Watten. (They are two of the key people in Clan Gunn history.)

I recognise some of the place names may be wrong and I will work on that....