'Clan' Gunn
The Gunn Papers; 'The Northern Chronicle' 1.3.1911
Some bits and pieces of Gunn interest in this one.

It starts with something of a broad sweep of what these contracts were like in the 1730ish type time.  An interesting story about ‘Alex Sutherland in Mulinchlaran died, and his widow Janet Munro, who was a lively frisky creature, fell in love with John Reid the Elder, a staid burgess of Tain’ etc.... Relevance? ‘Mackeamish took up the matter ... for Sutherland’s wife was Mrs Gunn’s sister ....

Starts with another broad picture then ‘In March 1722 Mackeamish suffered a sad bereavement. When going on a journey to Edinburgh he brought his daughter to Inverness to be educated, and before his retun the poor child died and was buried. She resided with her maternal uncle John Maackay Younger of Kirtomie ... (funeral expenses given for her and John Mackay of Kirtomie who died at Badenloch in December 1732) ... funeral charges for Kirtomie’s widow (and others...) ....  Macleods of Assynt 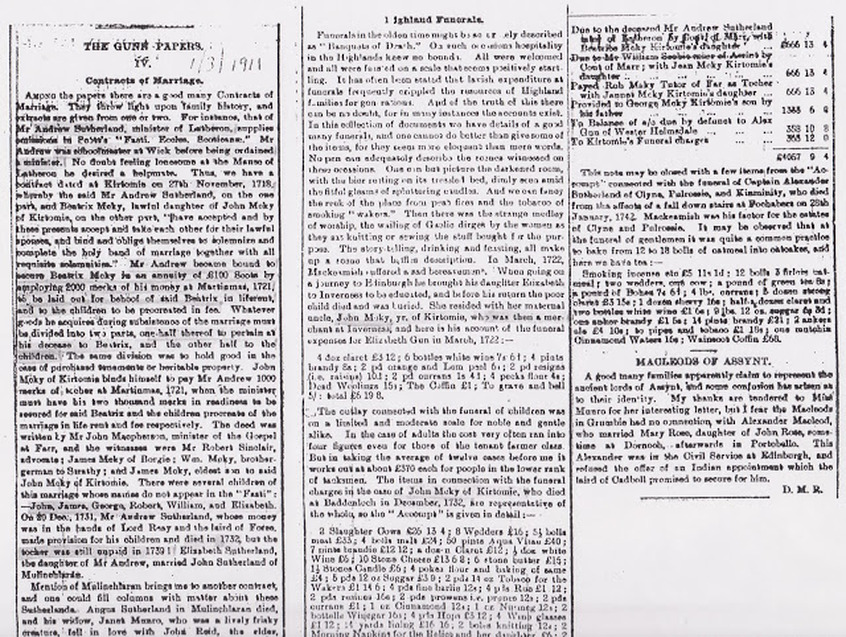 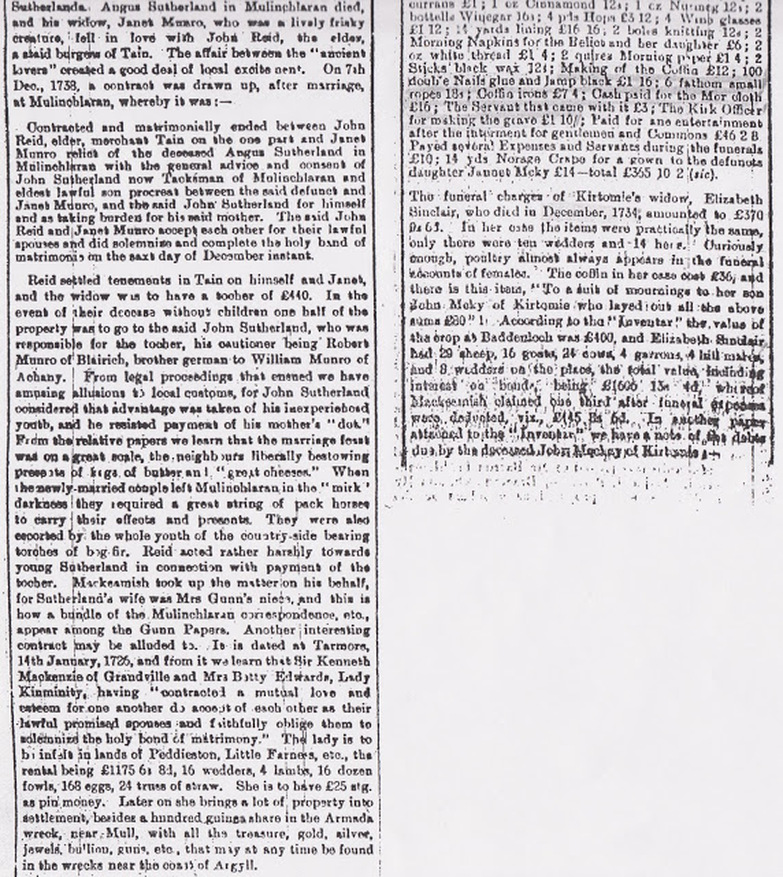