'Clan' Gunn
Thomas Sinclair ‘History of the Clan Gunn’ Supplement 6.1.1903; more on Clan Gunn 'Chief' claims
As usual I am providing a list of the key people and issues (in order of the article) in this Supplement so readers can work out if they need to work on these images; an Index of some sort always helps. 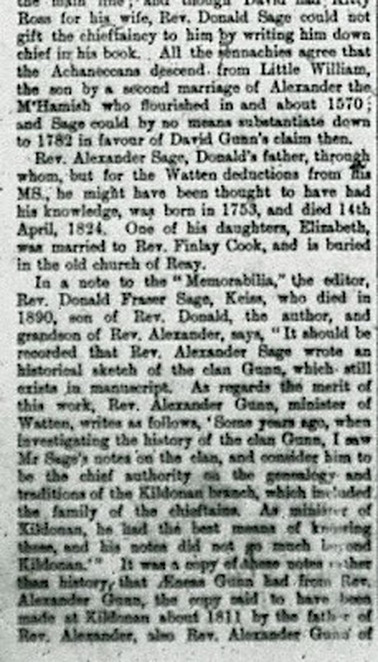