The big Gunn legal battle of the 1670s

There was  a (possibly two linked) huge Gunn legal battle(s) involving the Mackeamish / MacHamish family in the 1670s and it was briefly mentioned in the 'Gunn papers' of 15 February 1911. I have repeated the key images from the Gunn papers below.  The central document is quoted on the right hand side and straddles both images. 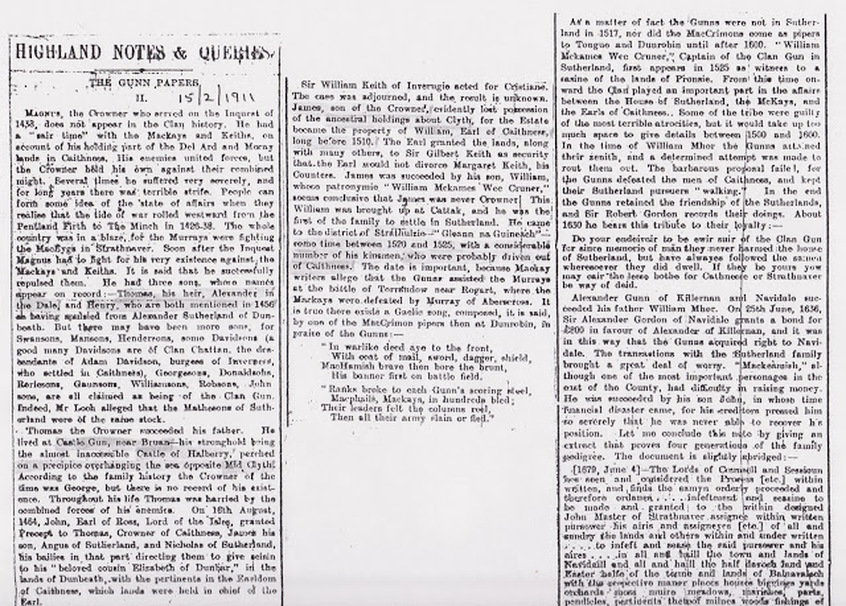 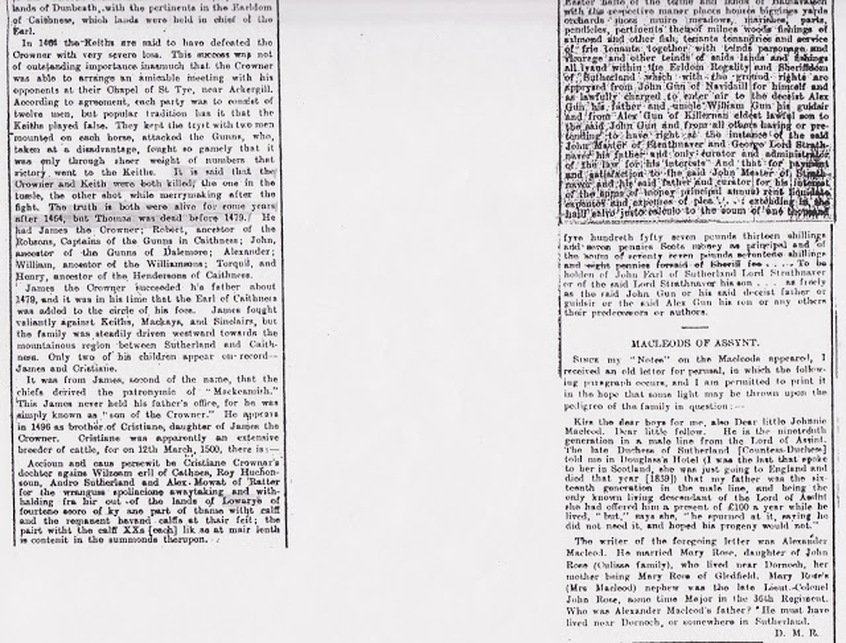 Now  below is a copy of an original document very similar to the above - it may even be  identical to the above. 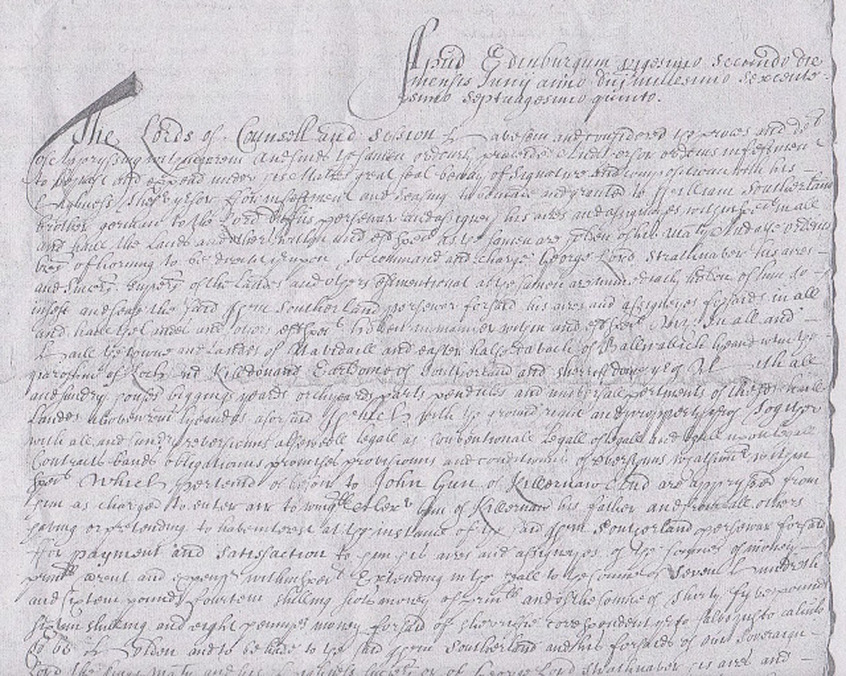 Now
Anyway, you get the idea - this is a major incident in Gunn history involving lots of 'Chief' material - but no one is called Chief -  which has barely been scratched before and which makes a lot of page 168 of Mark Rugg Gunn's history outdated.
Powered by