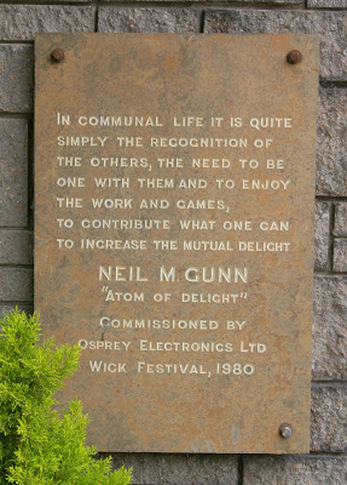 Neil M. Gunn died 15 January 1973. He is one of the important Gunn writers, not least as much of his work is centred in Gunn territory so the experiences, history and landscapes he explored relate to many Gunns today. 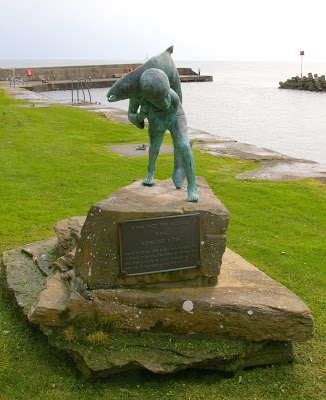 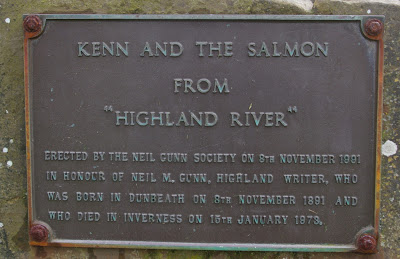 The base of the statue at Dunbeath 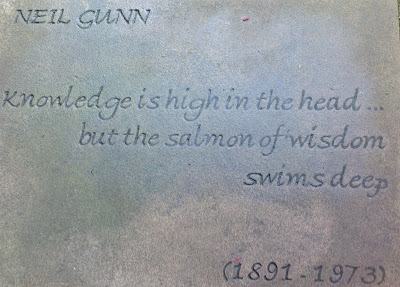 At Makars' Court which is outside the delightful
Writers'  Museum in the centre of Edinburgh
'And the people got on very well without a chief. The old feeling of equality among themselves remained...'


'Nostalgia for the primitive Golden Age of Scotland figures equally prominently, but with a more conservative emphasis, in the prose of the journalist and novelist Neil Gunn... Gunn concentrates on the individual solitary male Highlander and his communion with with the natural elements of the Scottish landscapes in an organic pattern of off-the-land land living ...

Page 99,  Richard Zumkhawala-Cook, Scotland As We Know It: Representations of National Identity in Literature, Film and Popular Culture. (2008)


Through his essays on nationalism and tradition as well as in his fictional practice, Gunn is emphatic about the immeasurable value of subjective, individual experience in articulating an approach to the problems created by the dissolution of traditional cultures under the pressures of imperialism, industrialisation, and modern commodity culture. A reassessment of Gunn in this light, rather than in the diffused half-light he himself sometimes cast over his own work (especially the later work), would allow for a reading of such novels as The Silver Bough (1948), The Well at the World’s End (1951), and The Other Landscape (1954), ‘the books’, as Margery Palmer McCulloch puts it, ‘in which he pursues themes of disintegration and freedom in the modern world’, as something other (and more) than ‘on the whole unsuccessful’ or marred by their philosophical concerns.

See, as well, Mike Vass's 'In the Wake of Neil Gunn' http://inthewakeofneilgunn.com/ ; nominated in the 'Scots Trad Music Awards'
Powered by