This is from the Aeneas Gunn of Edinburgh trees, but placed here rather than in 'Scottish history' / or 'Chief' issues as this line is too far removed from the 'Chief' line.

Again, best to read both trees as the 1868 seems to provide more information. See page 273 of Mark Rugg Gunn's history for comparison.

Start in the bottom right corner 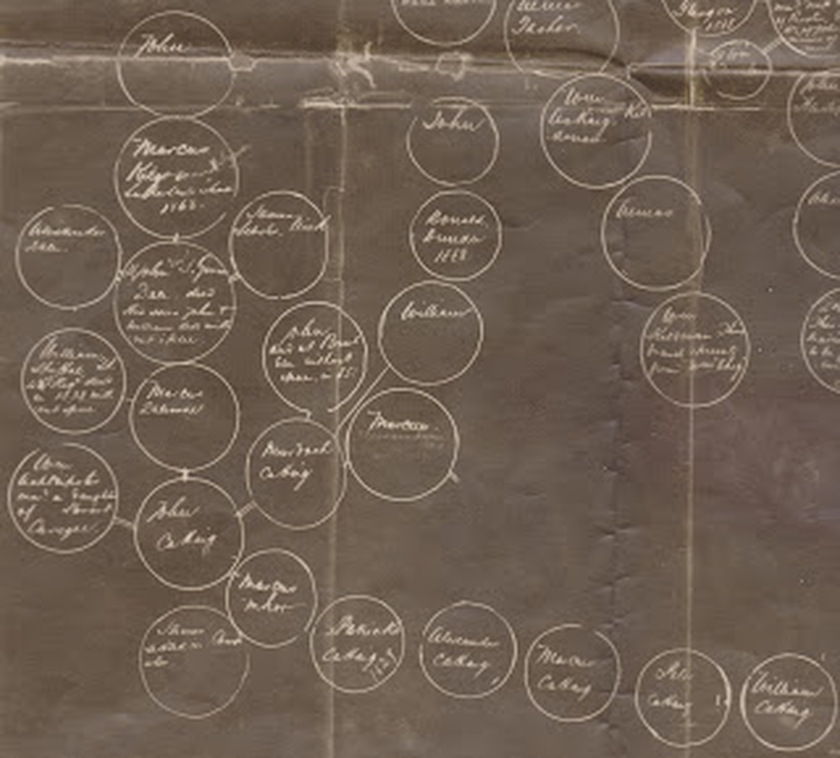 The top image shows the link to the Crowner, the bottom the main information.