The following is a slightly revised version of an article I wrote in 1996 and which is not comprehensive.  When I fully rewrite this I will separate the writers in the following manner--

·        One group will be those who add to the ‘Gunn’ weltanschauung. By this I mean people such as Neil M. Gunn and George Gunn reflect on the landscape, history and events which shaped many Gunns in Scotland. Some of the texts involved need not be written by Gunns, for example Mrs Aeneas Gunn (obviously Gunn by marriage) looked at the problem of adapting to a new country, culture and landscape, and these were typical concerns for many of the Gunn diaspora.

·        A larger group will be those who have Gunn as a surname (or as a main character) but offer nothing markedly Gunn beyond that.  For example, Thom Gunn is the most important writer with a Gunn surname but is he ‘Gunn’ in any meaningful way?

This suggests a major, further issue; we may share a history and a family tree but is there anything uniquely Gunn in the modern world bar some shared DNA and a surname?

Neil M. Gunn is an important part of the literary heritage offered by the Clan Gunn. His work requires a detailed discussion; here is not the place for that as detailed discussion can easily be found elsewhere, for example at http://muse.jhu.edu/journals/mfs/summary/v035/35.4.reizbaum.html

Another part of the heritage is Peter Gunn. He was born in Australia but was European in outlook and behaviour – he never returned to Australia after World War Two. He was mainly a travel writer, and especially wrote about Italy. He shared time in a POW camp with Eric Newby. Peter was also a formidable biographer, a friend of Wittgenstein and a teacher at Sandhurst.  His obituary was in The Times of 10 October 1995, His wife, Elizabeth, is / was a novelist, poet and literary critic. 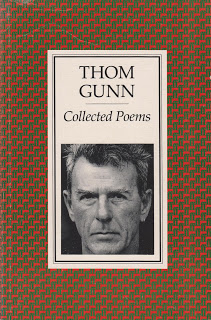 Thom Gunn Collected Poems
Easily the best known Gunn writer is Thom Gunn. He was born in England but lived mostly in the USA. HisSelected Poems (1963) was published in a joint volume with Ted Hughes. The volumes of his work have been increasingly appreciated over the years – the ‘London Review of Books’ (13 February 1992) wrote of ‘The Man With The Night Sweats that ‘this book ... will be received with immense respect ... it will be celebrated for its firmness of voice, distinctive range, consistent intelligence, lucidity, graciousness generosity; for the civil intimacy of the writing. All that will be absolutely right.’ Over the years Faber have published many volumes of his verse including his Collected Poems.  These poems are generally modern in style, outlook and content, arguably reflecting his American life rather than his English birth. For a well written obituary see http://www.telegraph.co.uk/news/obituaries/1460503/Thom-Gunn.html and for an excellent review of Gunn's Selected Poems see http://www.nybooks.com/articles/archives/2010/jan/14/the-genius-of-thom-gunn/?pagination=false

The works of the New Zealand writer Kirsty Gunn are increasingly of real significance....

Another writer, but from a distinctly different genre, is James Edwin Gunn, the American science fiction writer. He has written at least ten novels and seventy-five stories and has been President of the 'Science Fiction Writers of America'. The novels I have read have excellent narrative drive. My favourite is The Listeners which is about Earth listening to outer space and making contact; the novel was written at least thirteen years before NASA started such a project. He is Emeritus Professor of English at the University of Kansas. (He is not to be confused with James Edward Gunn the Eugene Higgins Professor of Astronomy at Princeton University.) 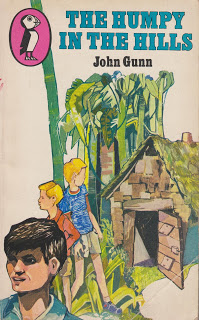 John Gunn The Humpy in the Hills
Another interesting writer is the Australian (born in England) John Gunn. Initially he was well known for his children’s novels in the ‘boys only’ style of the 1950s and 1960s; his skill in this area is shown as he won the Australian Children’s Book of the Year in 1959 for Sea Menace. Generally these books were published by Penguin Books in the Puffin imprint.

I have just reread  his The Adventures of Seaspray; the Man who was too Rich (1967). It's a novelisation of a tv script I suspect (I can vaguely remember it; see http://www.youtube.com/watch?v=k8FPbagf7Zk for a clip from the tv show) and the copyright was not held by John Gunn. It's a very professional piece of work; 126 pages long and not a word wasted. The times are changing; hero dad (no wife, nor mention of her) with teenaged son and daughter working the Pacific (Fiji area) as they have a trading yacht. A Fijian, as in 'native', is best mate of the Dad and goes with them as the deck hand, so multi-racial friendships are possible but Europeans rule. The daughter is on the adventure but does lots of cooking etc. so it's sort of feminist but sort of not (this is also shown by the action involving the other white female in the plot). It's a very easy to read, early teenaged novel showing its age a bit. (I suspect the setting owes something to the success of 'Flipper' on TV.)

He also wrote non-fiction, adult fiction and books on theatre, travel and flying.  Later in his career he became an historian of note – Melbourne University Press published his Along Parallel Lines a History of the Railways of New South Wales 1850-1986. He has also written a three volume history of QANTAS, Australia’s national airline and a companion volume on TAA, an internal airline.

(For genealogical interest; his grandfather was Frank Walter Gunn, grandmother Minnie Stienson, his father was Neville (with brothers Charles, Wellesley and sisters Molly and Kathleen.)

A further Australian writer is Mrs Aeneas (Jeannie) Gunn whose autobiographical colonial ‘novels’ were very popular in the early part of the twentieth century and whose works are still in print. Her two texts are We of the Never Never and The Little Black Princess. Both are set in the Outback - the then undeveloped Northern Territory. A rough summary is ‘life on the cattle run with lots of native aboriginal issues’. With hindsight the books include racist, patronising aspects but there is real sympathy for all people. her husband is of real 'Gunn' importance as it is his family which looks after the 1868 and 1870 trees of which much use is made here  - and which is an appendix in Thomas Sinclair's book. See http://clangunn.weebly.com/aeneas-james-gunn-australia-discussion-of-the-edinburgh-trees.html 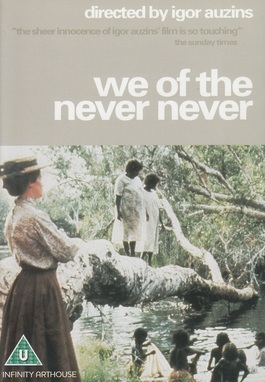 'We of the Never Never' was made into a film in 1982. For a critical review of the book see http://hoydenabouttown.com/20120116.11175/2012-australian-women-writers-challenge-review-we-of-the-never-never-by-mrs-aeneas-gunn/

And there are many other Gunn authors of note; the American mystery writer Elizabeth Gunn being an obvious example. I must also mention the admirable poetry of Thurso born, George Gunn.

Novels where Gunns feature are numerous; Treasure Island by R.L. Stevenson, The Adventures of Ben Gunn by R. F. Delderfield, a Mills and Boon romance in Beyond the Sunset by Flora Kidd, Above the Dark Circus by Hugh Walpole etc. I could go on and will do so at another time...
Powered by