'Clan' Gunn
At various times and places it is pointed out that Osclay Gunns descend from the ancient Clan Gunn Chief line. And they do.  See

​Pictured is the grave of ‘Alexander Gunn, farmer of Osclay, died 23rd January 1820 aged 68 (and) Wife Barbara Gunn died 15th February 1833 aged 73’. The Gunn Osclay line is directly descended from Chief Donald Crotach Gunn. Descendants from this line are known, including me. It is ironic that this grave is at the Clan Gunn Heritage Centre as the Clan Gunn Society has rejected this ancient, existing Clan Gunn Chief line. 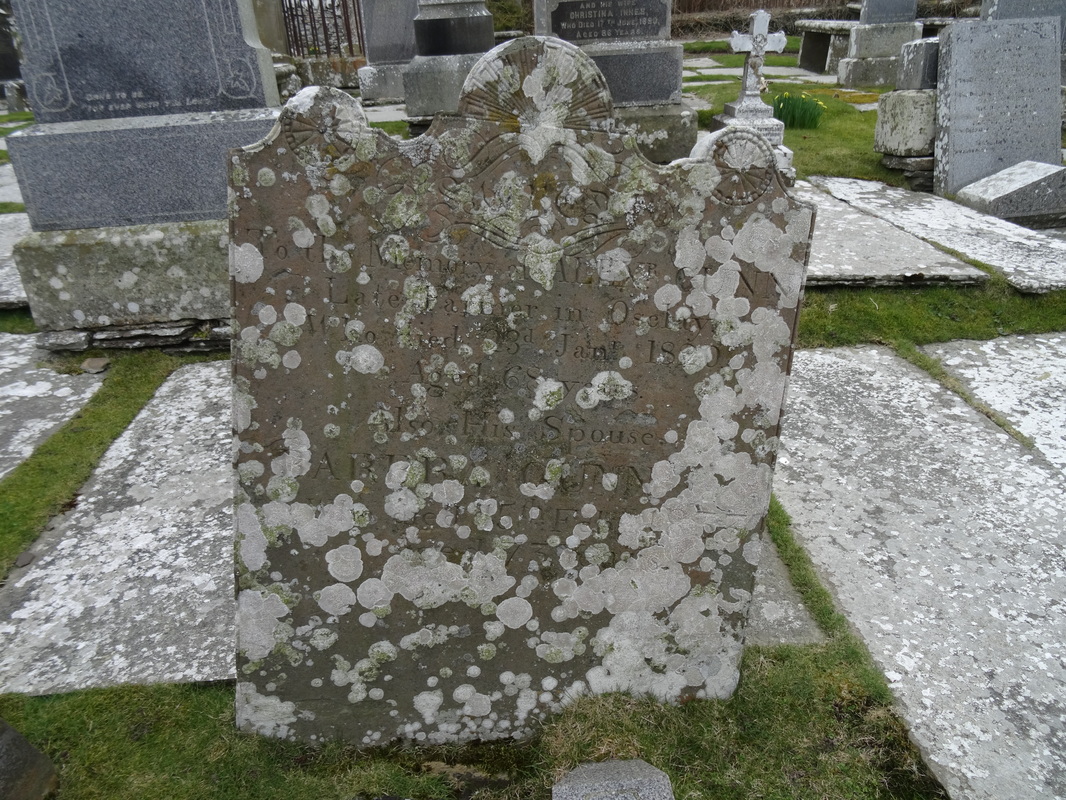 Clan Gunn Chief
A further irony is that Alexander Gunn's 1st cousin was the Reverend Robert Gunn who was for many years Minister of the Old Parish Church at Latheron, now the site of the Clan Gunn Society's Heritage Museum. One doubts that the Minister would have approved the rejection of his cousin's Gunn Chief heritage. For more information on the Minister see http://clangunn.weebly.com/donald-lsquothe-scholarrsquo-gunn--adam-mulbuie-gunn-line-being-the-second-son-of-william-lsquobhegrsquo--lsquobeagrsquo-gunn.html
Powered by