This could have been placed with the rest of Alexander Gunn of Edinburgh family trees but uses enough other information to make it more than a subset of that tree. The issue is of real importance and so deserves to be placed here following on from the previous discussion.
Note that the Rev. Alexander Sage - whose papers this tree is based on - was closely related to the Mackay of Kirtomy line; ‘my great grandmother Catherine Mackay was eldest daughter of John Mackay of Kirtomy’. It can be assumed that at least some of the information was first-hand knowledge. 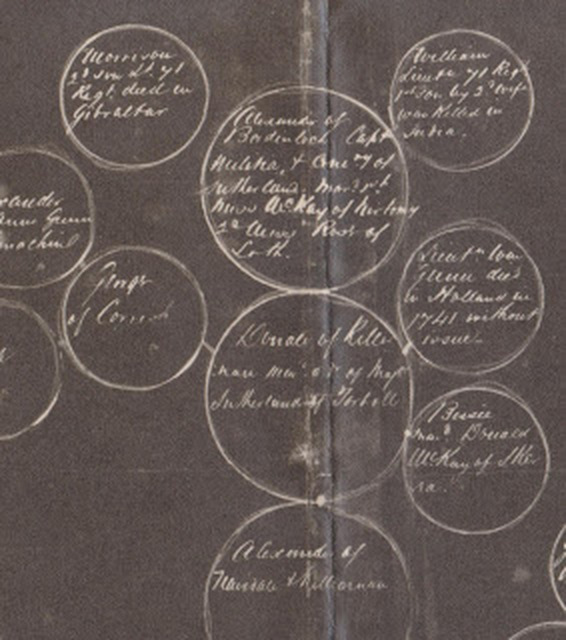 The key section is towards the bottom right.
The two at the top are the last 'Chiefs' of the Clan Gunn William and Morrison Gunn.
From the Chart

This is an interesting line, given that the 'Chief' can now descend from a female. The Mackays are an important family (Lord Reay etc.) so one assumes their genealogy should be fully covered. Kirtomy and Skerray are part of the Strathy branch of that family.